Although the player has been the subject of transfer speculation, he has indicated that he wants to stay Madrid as “there is no better place to play”

Zinedine Zidane’s men thrashed 10-man Juventus 4-1 in the Cardiff final on Saturday, becoming the first team in the Champions League era to retain the trophy.

AC Milan were the last to do so in Europe’s elite club competition in 1990 and Isco, who now has three European titles by the age of 25, hailed Madrid’s unprecedented streak of success.

“It is the third Champions League in four years for Madrid and my third as a professional – I would never have dreamed it in my life!” Isco told Antena3.

“This becomes easier thanks to the family we have formed together.

“If I knew it was going to end like this, I would sign up for it every season.” 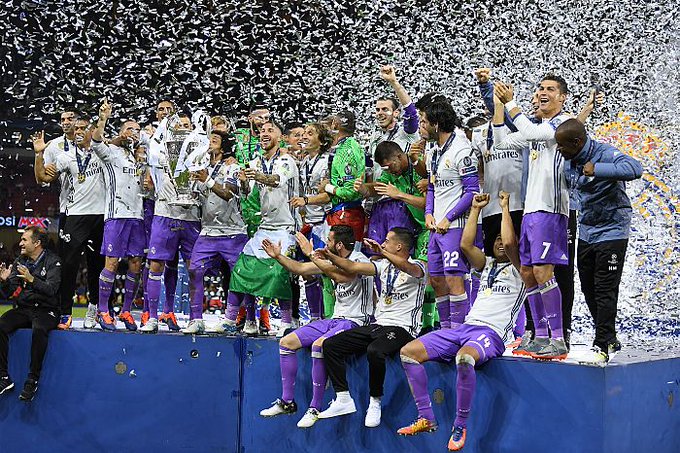 Cristiano Ronaldo scored twice, while Casemiro and substitute Marco Asensio were also on target in an emphatic win over Juve, whose goal was a spectacular one from Mario Mandzukic.

Isco has been the subject of frenzied transfer speculation for much of the season with only one year left on his contract, but after the triumph, he reiterated his desire to stay.

“I hope to renew soon – there is no better place than Madrid to play football,” added Isco.

“The first half was much more difficult against a team of beasts in every area. In the second, we have seen the best Madrid of the season.”