The Secretary-General of the Jama’atu Nasril Islam, Abubakar Khalid, has stepped down as interim Imam of Sultan Bello Mosque, following the intervention of Kaduna State Governor, Nasir el-Rufai, in the leadership dispute rocking the mosque.

Mr. Khalid, in a text message to a PREMIUM TIMES correspondent early Wednesday in Kaduna, explained the reason he took the decision.

PREMIUM TIMES had reported how Mr. El-Rufai held a meeting with Mr. Khalid and another Islamic cleric, Ahmed Gumi, on Tuesday over the crisis.

A Kaduna Government House source had said the meeting was convened to reconcile the leaders of the two factions contesting the leadership (Imam) of the mosque.

While Mr. Khalid was appointed imam by the JNI, headed by the Sultan of Sokoto, Sa’ad Abubakar, Mr. Gumi, an influential cleric, insisted on the democratisation of the selection of a new imam after he sacked the former one. 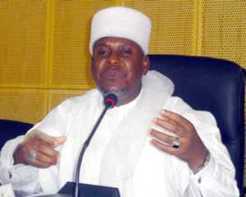 The meeting with the governor, which was also attended by the Emir of Zazzau, Shehu Idris, came after PREMIUM TIMES published interviews with the two Imams appointed by the contending factions.

However, when Mr. Gumi was contacted on Wednesday over Mr. Khalid’s stepping down, he said he was not aware of the development.

“Whether he (Khalid) steps down or not, government is going to issue a press release on what transpired at the meeting. That is why we are waiting to hear from the government first then we will give our comment.

“But conclusion that can bring peace has been reached,” said Mr. Gumi, who had accused the police of supporting Mr. Khalid by using teargas to chase worshippers out of the mosque.

After meeting with stakeholders over the mosque leadership tussle, Governor El-Rufai said the state government would not tolerate any threat to law and order.

The governor’s spokesperson, Samuel Aruwan, disclosed this in a statement on Wednesday.

According to the statement, the governor’s intervention was purely for security reasons.

After hearing the parties in the leadership tussle, the governor said: “I heard your submissions, but our interest as a government is to ensure security and contain threats to peace. We will not tolerate break down of law and order, and we will not fold our arms and allow people to resort to self-help.

“I took the oath to be fair and just and to protect all citizens of Kaduna State irrespective of their religions, including those that don’t believe in the existence of God.

“We will not interfere with your affairs, but we will also not allow the security of lives and properties to be compromised. As a responsible government, we will act and nip in the bud all threats. This is our plea to you: you should sheathe your swords and resolve the tussle amicably for peace and stability.”

The governor proposed a solution to the dispute, which was unanimously accepted by all the parties, according to the statement. 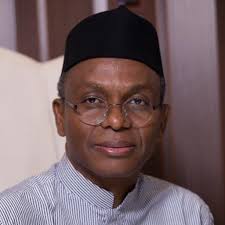 He proposed “that the Deputy Imam (Naibi) be allowed to continue deputizing in acting capacity while the management committee, in collaboration with the Emir of Zazzau, Jama’atu Nasril Islam, Dr Ahmad Gumi’s side and all the stakeholders set up a committee towards the appointment of a substantive Imam.”

In line with the governor’s proposal, the meeting agreed to set up an 11-member committee to pick a substantive imam, including a government representative who would serve as its secretary. Other members of the committee would represent the JNI, Zazzau Emirate and other stakeholders in the crisis.

The committee was given two weeks to complete the task.

Tuesday’s meeting was attended by the Emir of Zazzau, Shehu Idris, Mr. Khalid, Mr. Gumi and the management committee of the Sultan Bello Mosque.