(Reuters) – Arsene Wenger has urged Arsenal to send a statement out to their European rivals with a victory over French champions Paris St Germain in the Champions League on Wednesday.

Wenger, whose team have been eliminated at the last-16 stage for the past six seasons, said the competition was more open this year, citing Manchester City’s 3-1 defeat of Barcelona in the last round of fixtures as an example.

“When you play at home against a big team, you want to win. It sends a statement out,” the Frenchman told a news conference. 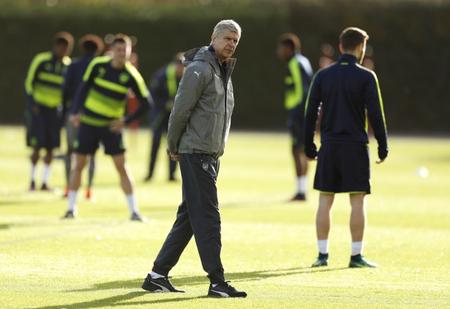 “I think we are ready to compete. We saw Man City winning against Barcelona. We have an opportunity to show it against Paris St Germain.”

Arsenal are tied on 10 points with PSG but lead Group A on goal difference, with both teams already through to the knockout stages.

Beating PSG would put Arsenal in prime position to finish as group leaders and avoid being drawn against other pool winners in the round of 16.

“I feel guilty when we finish second and have a difficult tie,” Wenger added.

“Let’s finish first and at least we have the advantage to play the second game at home. If we do win it, it would mean we’ve done the job until the end in a convincing way.”

(Reporting by Debanjan Bose in Bengaluru; Editing by John O’Brien)