The 35-year-old Ibrahimovic, who joined on a free transfer in July, has had a mixed start to his United career despite scoring eight goals in 17 games in all competitions.

“Zlatan’s situation is simple: he has a one-plus-one contract with the club and we will execute the option of a second season,” Mourinho told reporters.

The former Sweden captain, who was suspended for Saturday’s 1-1 Premier League draw at home to Arsenal, ended a six-game goal drought in a win over Swansea City earlier this month. 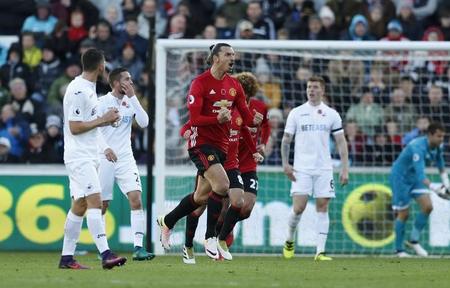 “He’s happy, committed and loving his life as a football player at United,” Mourinho added.

“This is probably the last big challenge of his wonderful career, so it is perfect for him to be here for the next 18 months and then he owns the decision of his future.”

United, who are third in their Europa League group, host second-placed Feyenoord on Thursday before facing West Ham United in the Premier League three days later.

(Reporting by Shravanth Vijayakumar in Bengaluru; editing by Ken Ferris)

READ ALSO  Showdown at the Etihad