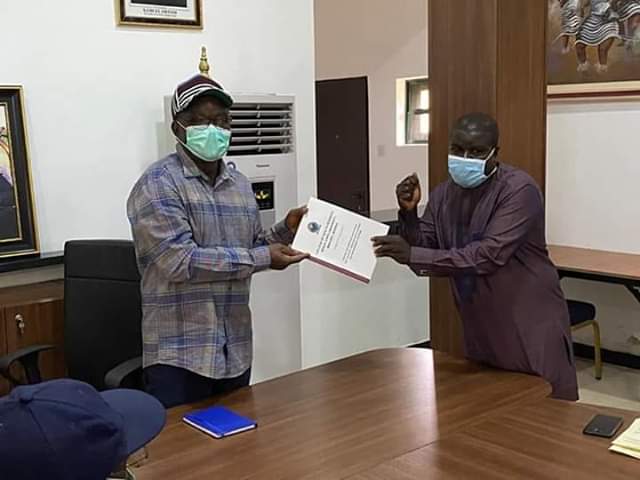 The Benue State Government is to establish a Centre for Emerging Infectious and Tropical Diseases Intelligence and Management in the state.

This is coming on the heels of the raging global Coronavirus pandemic which is an infectious disease and other related diseases.

Governor Samuel Ortom made this known Thursday, April 30, 2020 at the Benue Peoples House, Makurdi, while receiving a proposal from the Provost, College of Health Sciences, Benue State University, Prof Linus Saalu on the need to kick start the project.

The centre is to be domiciled in the College of Health Sciences of Benue State University.

Governor Ortom who expressed happiness at the proposal, said the establishment of the centre is timely and would help in tackling the rampant cases of diseases in the state.

The Governor then set up a committee headed by the Benue state Commissioner for Health, Dr Sunday Ongbabo to look at the proposal and fine-tune the key areas in a bid to fast-track the kick off of the institution.

Prof Saalu while presenting the proposal to Governor Ortom, listed the areas of strength by the College to include human capital in medical research as well as core competencies in investigation, similance and emerging infectious diseases as well as neglected tropical diseases among them, snake bite venom.