Manchester City boss Pep Guardiola has been named the Premier League Manager of the month for February.

Guardiola guided his side to three wins from as many matches, helping City to their current position of third in the table.

City began the month with a 4-0 win at West Ham United, then triumphed 2-1 at home to Swansea City thanks to Gabriel Jesus’ late goal before they won 2-0 away at Bournemouth. 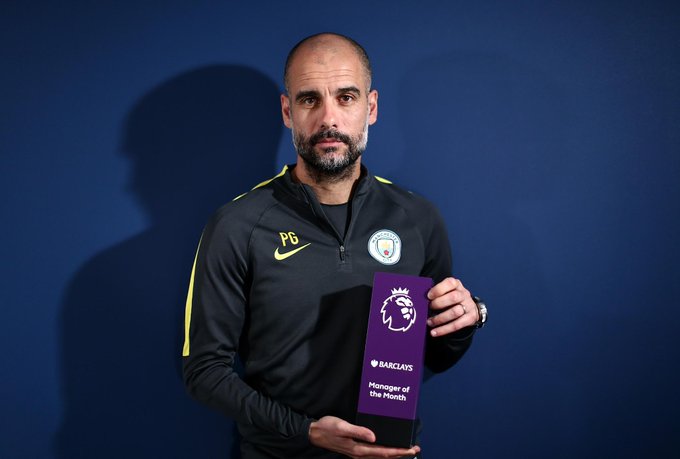 Guardiola’s side are next in action on Saturday when they travel to Middlesbrough in the quarterfinals of the FA Cup, before they face Monaco in the Champions League round of 16 boasting a 5-3 lead from the first leg.

City return to the Premier League when they host fourth-placed Liverpool on March 19 off the back of Wednesday’s goalless draw at Stoke City.