HARARE (Reuters) – A Zimbabwean court has thrown out charges against a local hunter accused of failing to stop the killing of the country’s most prized lion by an American dentist, his lawyer said on Friday.

Walter Palmer, a lifelong big-game hunter from Minnesota, touched off a global controversy when he killed Cecil, a rare black-maned lion, with a bow and arrow outside Hwange National Park in western Zimbabwe in July last year.

While Zimbabwean authorities said Palmer had legal authority to hunt, they were stung by the international outcry and charged local hunter Theo Bronkhorst, who assisted Palmer, with failing to prevent an unlawful hunt. 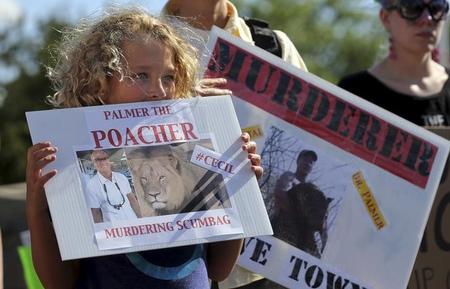 Bronkhorst’s lawyers then applied to the High Court in Zimbabwe’s second city of Bulawayo to set aside the charge, arguing it could not have been an offence under the country’s wildlife laws if Palmer had a permit to hunt.

“The court granted us that prayer yesterday – that the charges be quashed. So I cannot imagine the state coming back again charging him with the same charge,” said Lovemore Muvhiringi, a lawyer for Bronkhorst.

Cecil had been fitted with a collar to track his movements but strayed outside the confines of Hwange National Park and was then shot. Bronkhorst was accused of laying bait to lure Cecil out of the park. Palmer said at the time that no one in his hunting party realized the targeted lion was Cecil.

Wildlife hunting is an important revenue source for the southern African country, which is grappling with its worst shortage of cash since it dumped its inflation-ravaged currency in favour of the U.S. dollar in 2009.

Conservationists worldwide were outraged when Zimbabwe’s government announced in October last year that Palmer would not be charged over Cecil’s killing because he had obtained legal authority to conduct the hunt.

But the government said Palmer would be free to visit Zimbabwe only as a tourist, not a hunter, in future, implying he would not be issued the required permits.