At the beginning of the coronavirus pandemic, Josephine Muchilwa was working as a cook, but like many others in Kenya and around the world, she lost her job. Over the past year, BBC World Service Business Daily presenter Ed Butler has been hearing how she has coped.

The stark reality contained in Josephine’s description of the impact of coronavirus containment measures imposed a year ago struck home.

Just days after the government had announced tough curfew measures to restrict the spread of Covid-19, this single mother, living in the overcrowded Nairobi neighbourhood of Kibera, set out the plight that so many were suddenly facing.

Her low-paid job in the kitchen of a local school went when pupils were told to study at home. She was left wondering how she was going to feed her family of four children.

But after hearing about her plight, a couple of generous listeners stepped in with a donation.

It was not a huge amount – about $150 (£110) – but it was enough to allow Josephine to launch herself into a fruit and vegetable business.

Travelling by bus to a big wholesale market in the centre of Kenya’s capital, she bought 25kg sacks of onions, tomatoes and more, bringing them back to Kibera where she began renting a small, wooden kiosk.

But the government is not about to lift restrictions. Last month, the nationwide night-time curfew was extended amidst alarming evidence of a third wave of Covid infections. 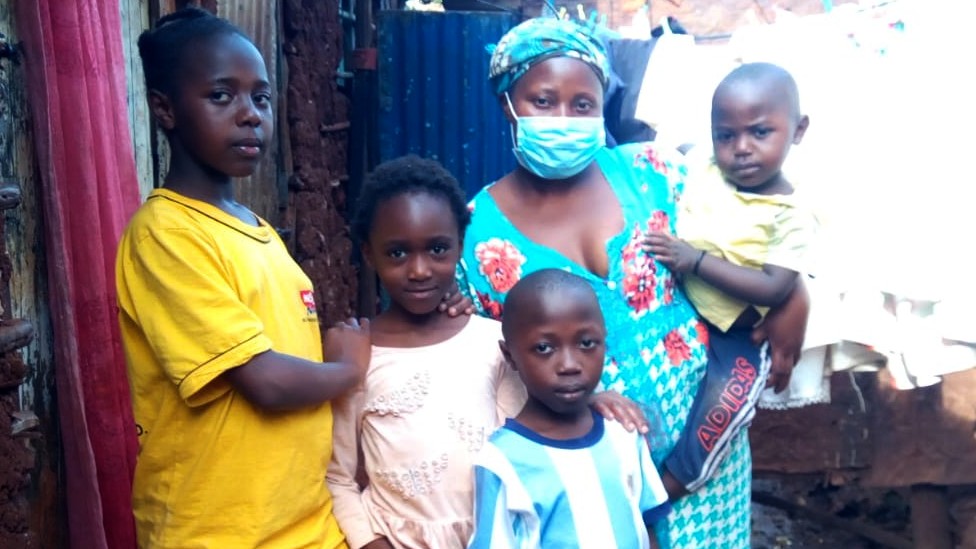 Josephine then started sending regular audio diaries from her one-room, mud-walled shack about her efforts to make the business work.

This was happening just as Kibera, which is a giant informal settlement in the heart of Nairobi, was being plunged into crisis.

Since most Kiberans work as housemaids, cleaners or drivers, they were disproportionately hit by the economic slowdown, as their wealthier employees asked them to stay away for fear they would bring infection.

‘The children can eat’

Nevertheless, at first, seemingly against the odds, Josephine appeared to be making it work. She would get eight, maybe 10 customers a day.

“At least today I received a profit of 170 shillings ($1.50),” she told me in one conversation last May. “The children are fine, they’re happy, at least they eat.”

But she was always battling the odds.

Josephine had no experience as a businesswoman, the district was under curfew, there were regular and violent police raids on anyone caught out after the restrictions came in and travel outside the city limits was outlawed altogether.

Plus she had her four children to mind and there was growing criminality and fear of sexual violence in the slum.

“The rape cases are increasing,” she said. “If I leave the children alone anyone can come in and do anything to them.”

And also, few people now had any income to pay for what she was selling. Her neighbours like her were out of work, living off what savings they had.

Then disaster really struck. Josephine contracted malaria and she had to borrow money for the treatment from a local money lender.

Rising private debt like this seems to be widespread in the informal settlements. One local pawnbroker, called Rodgers, told the BBC that he had run out of money to lend, such was the demand for his services.

Many were unable to repay the loans, he said, so he was selling on the household goods that they provided as security.

For her part, Josephine had nothing to trade.

To this day she fears that her unpaid loans, amounting to some $30, could land her in serious trouble.

The prospect of repaying her loans became ever more distant when in June last year, government bulldozers ploughed through the part of Kibera where her food kiosk had stood.

They were making way for a new railway development, they said.

The government claimed owners had been given plenty of warning. But as a tenant, Josephine said she had no idea.

Adding to the tragedy was that she had just put in a large amount of stock, which was crushed along with the timber structure. Once again, she was broke and her dream of making it as a businesswoman was at an end.

“That day I really cried – almost three days. I feel so painful. I was not able even to eat. And when I look at my life situation now, it became so hard.”

The pandemic itself has hit millions in Kenya and beyond in this way, it seems. 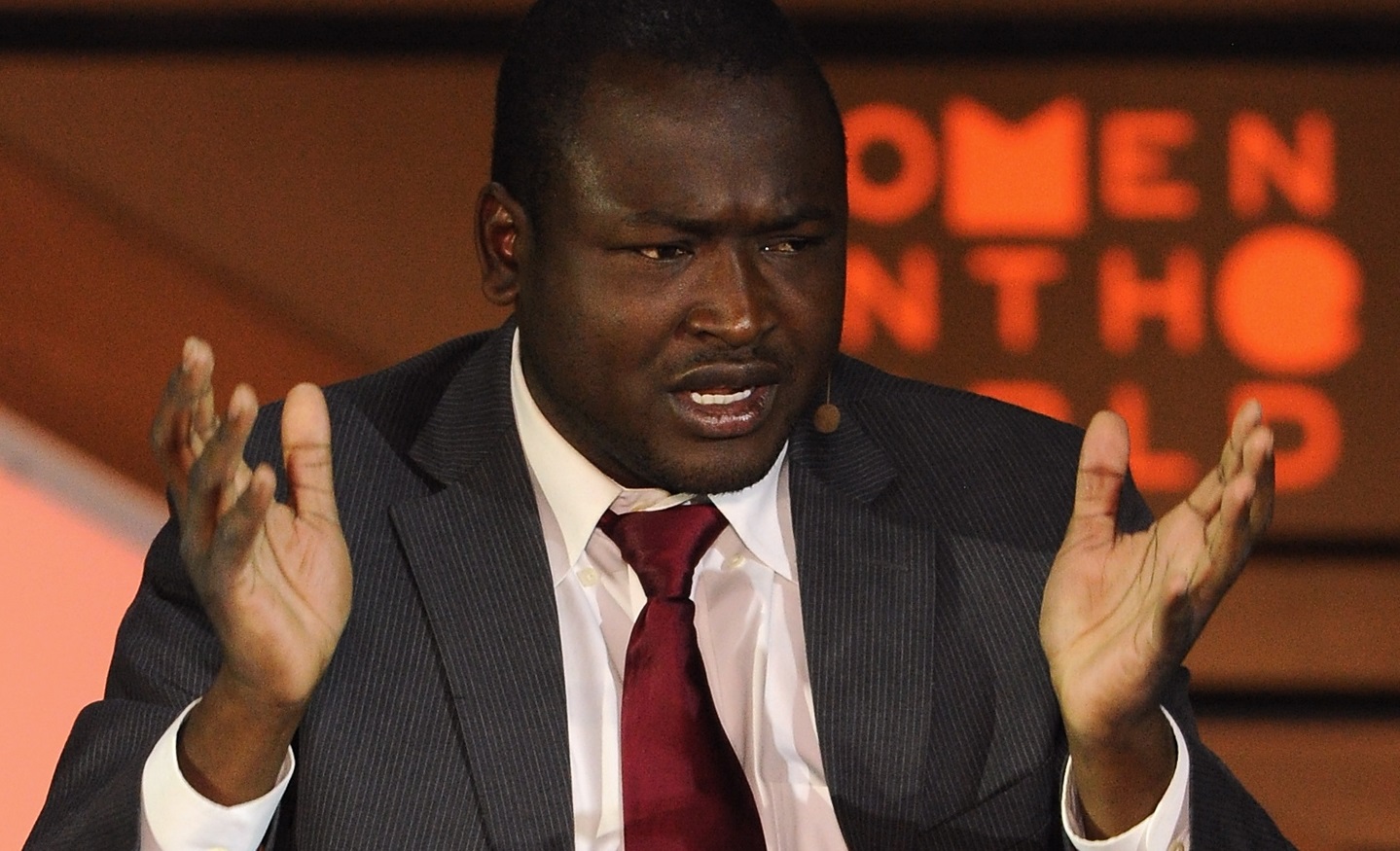 Getty ImagesWe want the government to make sure that the slums are their priority, to ensure we have roads, good health care, clean water”Kennedy Odede
Shining Hope charity, founder

Officially there have been about 2,100 Covid deaths in Kenya although some experts believe the real figure could be much higher than that.

But for people in Kibera, there is a sense that their communities have been disproportionately hit by the government’s anti-Covid restrictions, and that police action to enforce the rules has often been violent and high-handed.

“These people who live [on] under $2 a day, they know if you get sick, you’re gonna get dead,” says Kennedy Odede, a Kibera-born activist, and founder of the local Shining Hope charity.

“We want the government to make sure that the slums are their priority, to ensure we have roads, good health care, clean water.”

A year after the first outbreak of the disease, Josephine continues to struggle.

She still doesn’t have a regular source of income, and her children are having to live off a single bowl of porridge a day.

Josephine has managed to get occasional jobs as a cleaner, but one woman, she told me, has not yet paid her for three days work.

But thanks to the Shining Hope charity, a new chapter in her life could start soon.

She is retraining as a seamstress, in order to get piecework which experienced co-workers claim can earn them several dollars a day.

Even though the lessons of the last 12 months have been extremely hard, Josephine remains stubbornly hopeful that she and the children will emerge stronger as a result of what they have suffered.