Republican Donald Trump scored a series of surprising wins in battleground states including Florida and Ohio on Tuesday, opening a path to the White House for the political outsider and rattling world markets counting on a win by Democrat Hillary Clinton.

With investors worried a Trump victory could cause economic and global uncertainty, the U.S. dollar sank and stock markets slammed into reverse in wild Asian trading. Opinion polls before Election Day had given Clinton a slim lead.

Mexico’s peso plunged to its lowest-ever levels as Trump’s chances of winning the presidency increased. Concerns of a Trump victory have weighed heavily on the peso for months because of his threats to rip up a free trade agreement with Mexico and tax money sent home by migrants to pay to build a wall on the southern U.S. border.

Trump won in Florida, Ohio and North Carolina. With voting completed in 49 of the 50 U.S. states, he also narrowly led in Michigan, New Hampshire and Wisconsin, giving him a clear advantage in the state-by-state fight for 270 Electoral College votes needed to win.

Both candidates still had ways to reach 270, but Clinton would have to sweep most of the remaining battlegrounds including Pennsylvania, Michigan and either Nevada or New Hampshire. 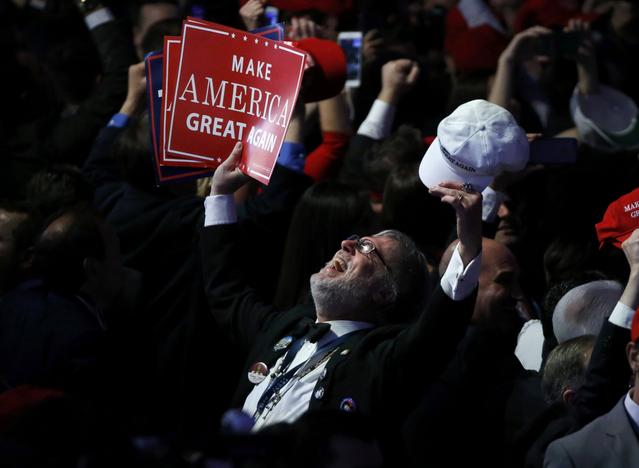 Trump captured conservative states in the South and Midwest, while Clinton swept several states on the East Coast and Illinois in the Midwest.

After running close throughout the night in Virginia, Clinton pulled out the swing state that is home to her running mate, Senator Tim Kaine.

At 8:55 p.m. EST (0155 GMT on Wednesday), Clinton acknowledged a battle that was unexpectedly tight given her edge in opinion polls going into Election Day.

She tweeted: “This team has so much to be proud of. Whatever happens tonight, thank you for everything.”

Before Tuesday’s election, Clinton led Trump, 44 percent to 39 percent in the last Reuters/Ipsos national tracking poll. A Reuters/Ipsos States of the Nation poll gave her a 90 percent chance of defeating Trump and becoming the first woman elected U.S. president.

Also at stake on Tuesday was control of Congress. Television networks projected Republicans would retain control of the House of Representatives, where all 435 seats were up for grabs. 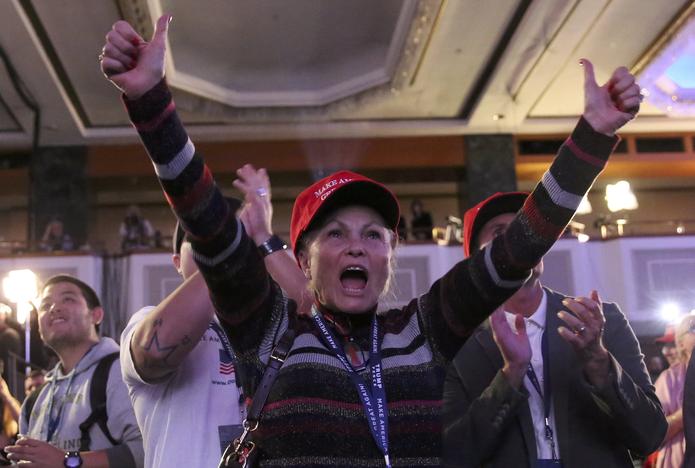 In a presidential campaign that focused more on the character of the candidates than on policy, Clinton, 69, a former U.S. secretary of state, and Trump, 70, accused each other of being fundamentally unfit to lead the country.

Trump again raised the possibility on Tuesday of not accepting the election’s outcome, saying he had seen reports of voting irregularities. He gave few details and Reuters could not immediately verify the existence of such problems.