I was putting aside real parts of me in order to keep the relationship going — parts like self-respect, common sense, contrasting opinions.

A huge chunk of my love history involves me being stupid.

For much of my relationships, I’ve ignored my better judgment and that nudging intuition that pleaded with me to flee disastrous situations, in an effort to be loved. I prided myself on being the “perfect girlfriend.” I didn’t fuss, fight, cheat, or even initiate (most) break-ups. I molded myself to be whatever my boyfriend wanted, allowing his feelings and beliefs to be the defining factor of our relationship.

What I didn’t realize was that me being submissive didn’t make me “perfect,” it made me dormant. Thanks to a series of breakups, make-ups, and some serious growing pains, I’m now the girlfriend who fusses, who fights, who’s difficult; I’m also the girl who won’t even commit to actually being your girlfriend.

It’s possible I could be jaded, but I’m certainly now a woman who is seeking much more than approval from a love interest.

Without going too deep into family matters, I didn’t grow up seeing healthy, functional relationships. I saw people who were only together because they had children and shared assets. The women in my family are very strong-willed — some may say “difficult.” They didn’t cater to their men like June Cleaver. They didn’t playfully flirt with their husbands like Claire Huxtable. They were the antithesis of sitcom wives. But it’s not like they were married to Ward Cleavers or Cliff Huxtables either. 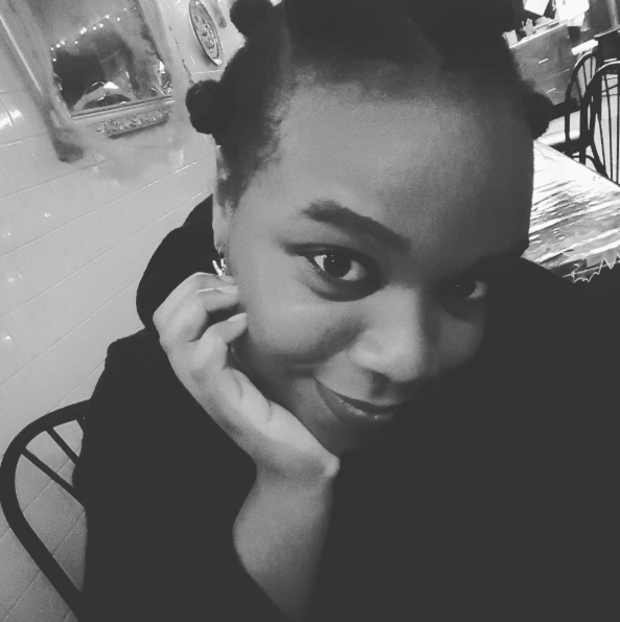 Though I empathized and understood why they are the way they are, I didn’t want to become that. I figured out early on that it’s impossible to change a man (or anyone really), but I thought that if I could at least adjust my character to be more easygoing, less aggressive, less argumentative, hell, even less human, I’d have a chance of keeping someone around long enough to call it something real. Problems end relationships, so I basically took myself out of the problem equation and set myself to default “perfect.” If I wasn’t a problem and made sure my guy was happy, then there is no problem.

I’m fully aware of this mash-up of both manipulation and submission. Though I wasn’t intentionally trying to control the guys I date, I was purposefully putting aside real parts of me in order to keep the relationship going — parts like self-respect, common sense, contrasting opinions.

My first real deal relationship lasted a few years. I did my very best to not only appear to be but actually become the perfect girlfriend. I cooked for him, bought him gifts, surprised him with special date nights, gave him money whenever he was short on cash, played copyeditor for anything he printed. In a nutshell, I made him my priority. I’m not ashamed of being so generous, because I loved him deeply. I would do it again and probably even more if I found myself in a healthy, loving relationship. The issue wasn’t that I gave so much of myself; it’s that I gave so much of myself to a person who gave nothing back.

Instead of realizing that this guy simply wasn’t on the same page as I was, I took his lack of reciprocation as a signal that I should do more. I overcompensated to make up for the unbalance. When we started having issues (see: cheating), instead of walking away for good, I tried to prove how much “better” I was by being even more available and giving.

His family loved me and urged me to stay with him, empowering this false sense of security. Our relationship soon turned into an on-again/off-again one, with me still playing the role of his girlfriend no matter the status. I was faithful to a guy who stopped giving me his loyalty. Still, he’d always let me know how great of a girlfriend I was and how he’s lucky to have me.

What I wasn’t hearing was that me being “great” wasn’t enough to keep him faithful and that, yeah, he was lucky because he could still have me no matter what he did.

After that relationship, I entered the dating scene — a new territory for me after years of focusing on one person. To hang out with multiple guys and not have to commit to just one, for fun? Who knew this life existed?!

While my heart was not up for claim, I found myself still trying to play perfect. I wanted to be his type. Even if I wasn’t interested in pursuing a real relationship with the guy, I wanted to be sure to impress him. It wasn’t like I was putting on an act or anything; I just made sure to be on my best behavior.

Looking back, it’s almost as if I treated each love affair as a job, always aiming to leave things on good terms, hesitant to burn any bridges. I can’t tell you how many times a man has turned me off yet I still remained nice, soft, and even worse, available. You never know. Things can change. Maybe he might be the right guy after all. Stupid thoughts.

Thankfully, some bad habits have expiration dates. One particular relationship was the straw that broke the proverbial perfect girlfriend’s back.

In my most recent “situationship,” I did away with the perfect-girl routine and took a chance on being 100% me, his type be damned. Instead of worrying about how this guy viewed me or whether I was winning over his heart, I observed our natural chemistry. I pondered over what I liked. I thought about how and if he impressed me. He didn’t.

If I was busy and couldn’t see him for weeks, that’s just what it was. I didn’t adjust my schedule or sacrifice my obligations for man who didn’t do the same for me. If I changed my mind about meeting up for a date last-minute, as long as it wasn’t some serious inconvenience, I had no problem canceling.

If I start dating someone and we happen to vibe well to a point where we both adjust our lives to make space and time for each other, then that’s awesome. Otherwise, there’s no use in going the extra mile in order to prove my worth or value. I believe in kindness and respect, but no bonus level of dedication should be given so freely. Your love, time, and openness is a privilege. I think a lot of people, especially women, don’t realize how much of a privilege their openness is.

I’ve exited enough toxic relationships (even friendships) to know that compromising my peace of mind isn’t worth the invisible gold star of being someone’s old faithful. I stopped filtering out the less easy sides of me. Whenever I feel uncomfortable or disrespected, I am direct and forthcoming about it. I don’t hide behind hints, timid smiles, or passive aggression. It’s not like I’ve suddenly become “difficult” or bitchy. I’ve become a person who values her own happiness in a relationship. I’ve become a woman who now believes a man should earn his importance in my life.

READ ALSO  Press Statement On The Pandemonium In Anambra State

My ego was also a reason behind my perfect, to be honest. I found comfort in thinking at the end of the day, should we break up, I wouldn’t be seen as the asshole. Nothing would be my fault. I was such a good girlfriend, maybe they’d appreciate my love in the long run. It’s better to be the one that got away than “the crazy-ass ex,” I believed.

But there’s no legacy award for being a good girlfriend. Even if someone remembers you as “the good girlfriend,” that doesn’t change the fact that the relationship didn’t work out. And what good does that title do for you anyway? It’s not like your exes are references for your next bae.

After decades of “how to please your man” magazine articles, we’re finally living in a time where women can freely talk about their desires, turn-ons, turn-offs, and active sex lives — on a mainstream level. I, like most women I know, was raised to act like “a lady.” I was told to be careful about how I present myself and how I treat my body because men want “pure, virtuous women.” Not even “good men” — just “men.” It’s been shoved into our brains that men, by default, are flawless and women must do everything in their power to earn their respect, love, and attention. Men can gain a bunch of weight, not know how to cook, have a temper, or any other unfavorable trait as far as women are concerned, and still be husband material.

I battled with achieving this societal expectation while trying to avoid becoming the “difficult” women who raised me. I was busy trying to be lovable instead of focusing on building a relationship with a man who would simply love all of me, flaws and all.

Not being a “perfect girlfriend” does not mean I’ll be a bad one. I’ll just be myself, unapologetically, and be a loving partner to whoever fits me.