Iran will start a new round of military exercises on its southern Gulf of Oman coast, in its latest show of force against the U.S. as Joe Biden prepares to enter the White House.

Missiles are seen at an underground missile site of Iran’s Revolutionary Guards at an undisclosed location in the Gulf, in this picture obtained on January 8, 2021. .The “rapid-response” drills will start Tuesday and involve airborne brigades and special units of Iran’s regular army, the semi-official Tasnim news agency reported, quoting Brigadier General Kioumars Heydari, commander of Iran’s Army Ground Forces.

Iran has conducted at least four military drills in the area of the oil-rich Persian Gulf this month as President Donald Trump leaves office following a bruising campaign to isolate Tehran through sanctions. The Islamic Revolutionary Guard Corps also seized a South Korean-flagged tanker on Jan. 4.

The Pentagon has ramped up its presence in the area since 2019, after Trump triggered a crisis in the region by abandoning Iran’s nuclear deal with world powers. Tensions flared twice in the past year with the assassinations of two senior Iranian officials.

Iran has struck back by accelerating its atomic activities, carrying out weekly military drills and passing a law that in effect enforces a deadline on the Biden government to start lifting Trump-era sanctions.

Using over 50 factors to determine a country’s PowerIndex score, the Global Firepower 2020 list ranks the most powerful military nations in the world. The list ranks 138 advanced and lesser-developed nations, based on parameters such as geographical location, logistical and financial capabilities, availability of natural resources and military might. Here’s a look at the top 50 most powerful military nations according to the list.

In recent weeks the U.S. has redeployed an aircraft carrier to the Persian Gulf and on Sunday, it flew B-52 bombers over the waterway for the second time this year.

Iran test-fired anti-warship missiles during drills in the northern Indian Ocean on Saturday, and last week Iranian airmen spotted a foreign submarine during navy exercises near Iran’s coast with the Gulf of Oman, Tasnim reported. 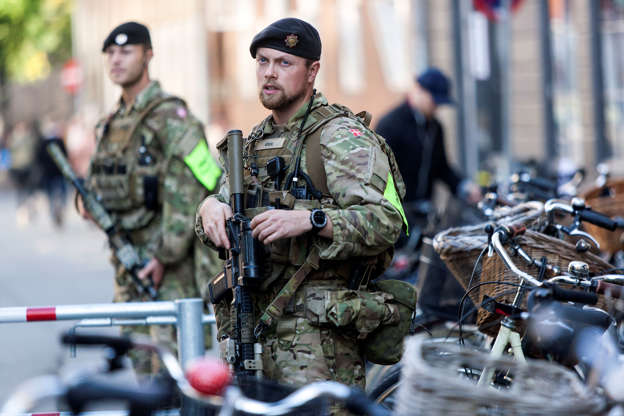